I’ve had a mild obsession with Vanity Fair Spy portraits for some years now, ever since I was asked to create a portrait for a retiring judge. I was familiar with the style as I had often seen them hanging on the walls where I work, and considering their subject matter, I was amused by their somewhat insubordinate nature.

For the retirement present, I researched the general Vanity Fair style online and collected reference images for the composition which I thought best suited this judge. I sketched up the portrait in pencil using the (extremely limited) images I had of the judge’s face, and then painted it digitally in Photoshop. I was surprisingly pleased with the results and how much I enjoyed this process.

Over the years I have been fortunate to amass a number of commissions, and my own modest Vanity fair Spy Print collection is ever growing (yet to be framed and put on display).

There have been various magazines titled “Vanity Fair” over the decades, but this particular one was founded in 1868 by Thomas Gibson Bowles. It featured caricatures of well-known personalities of the Victorian and Edwardian period. Although there were numerous artists who contributed to the publication, these caricatures are collectively known as ‘SPY’ cartoons, ‘Spy’ being the pseudonym (or nom de crayon) of their most influential artist, Leslie Ward. An apt name as Ward would study his ‘victims’ for many hours prior to beginning his preliminary sketches.

As with most caricatures, some Vanity Fair illustrators use exaggeration of features which could be borderline cruel. In 1872, Bowles wrote that the purpose of the drawings was to portray the victims “not as they would be but as they are”. While others are merely cheeky or observational, most are straight forward likenesses. As Leslie Spy Ward once said “If I could sum up the art in a sentence, it would be that caricature should be a comic impression with a kindly touch, and always devoid of vulgarity.”

During my research for commissions, I made a mental note of my favourites, and purchase them online whenever they come up for sale. I get quite a thrill when I see the originals there on my screen available to buy!

So here is my collection of some of those favourites. They have a quality which I can’t quite define, but I tend to avoid the top hat/bowler hat, stuffy, fusty old men unless they are kooky in some way.

This collection consists mostly of prints by Leslie Ward. In my opinion, Leslie ‘Spy’ Ward is by far the most accomplished Vanity Fair artist, which is why I tend to gravitate to them.

You many notice a distinct absence of women in my collection. That is because as these are so rare, numbering merely 20 out of a total of 2,300, they can command quite high prices. Also, to be totally honest, the portraits themself disappointingly lack humour and character.  You would be hard pressed to find a brave Spy caricature of a woman that amuses or shocks. The women in question, as you can imagine are usually someone of note, or of such standing that the illustrators seem prefer to play it safe with their features for fear of offending, more interested in treating the subject matter with respect and decorum. As a result, they are, albeit accomplished, a bit guarded and safe to the point of being bland. Although I would definitely bid on this one of Jeanette Churchill (Winston Churchill’s mother) if it came up for sale.

Here are some which I am still on the lookout for. 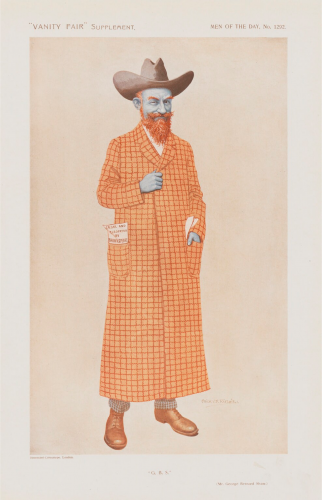 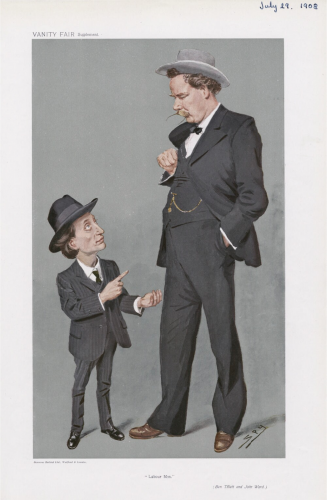 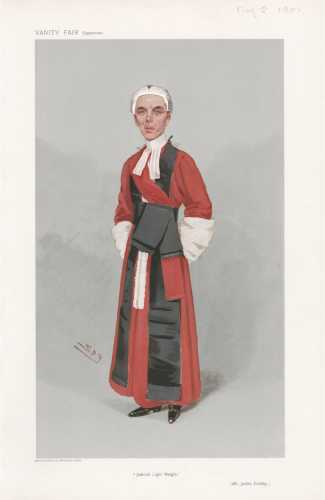